Postgraduates at the 2022 conference 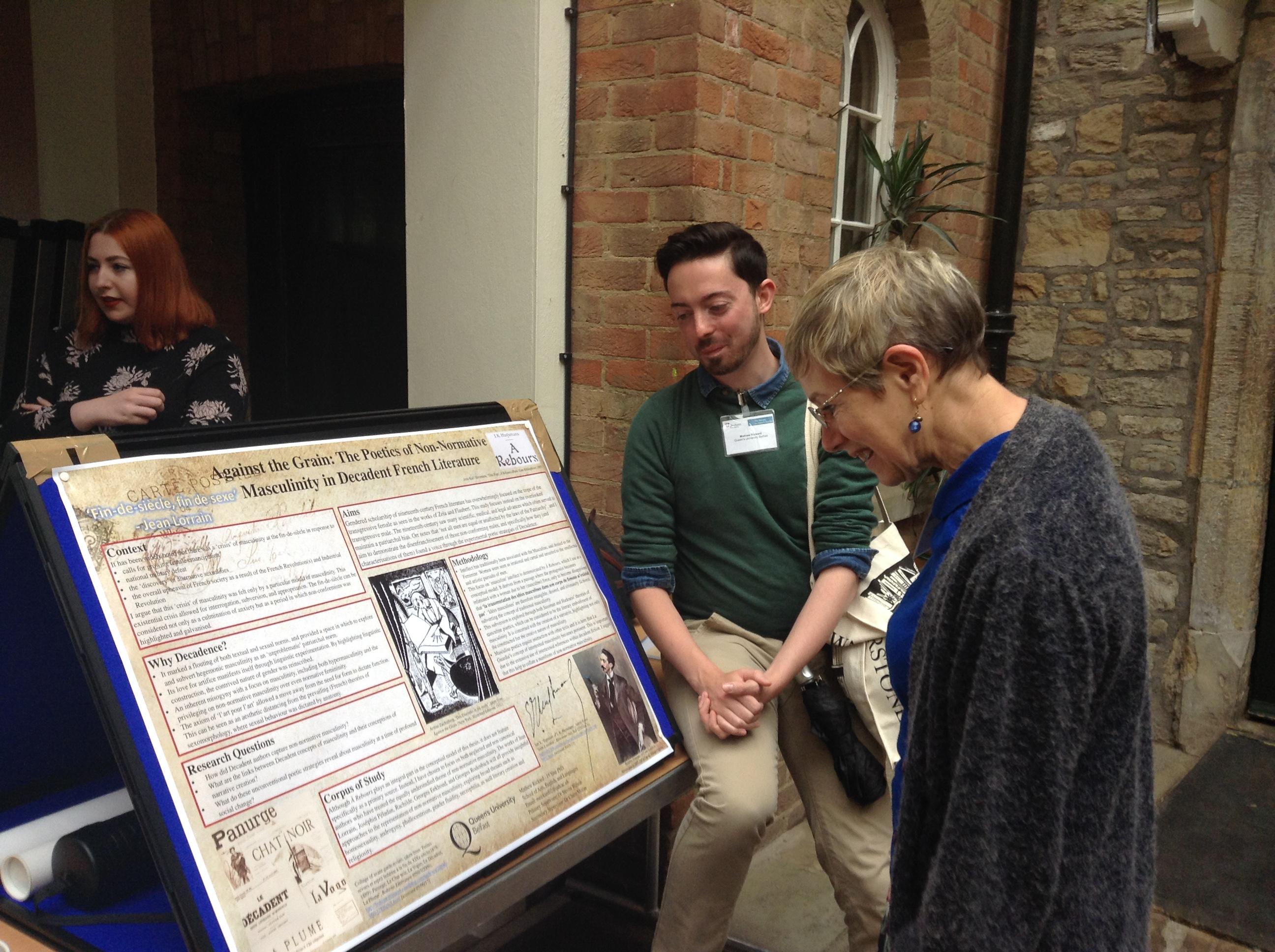 The Society for French Studies is keen to support postgraduate research at Masters, MPhil and PhD levels. We warmly invite postgraduate students to present their research at this year's conference.

With up to ten different parallel sessions, the annual conference brings together hundreds of researchers in the field of French studies. This is a great opportunity to share your research not only with fellow students but also with more advanced scholars.

Please see the section below for information on presenting your research at the 2022 online conference.

This year, for the duration of our Annual Conference, our social media channels will be run by Graduates and Postgraduates of the Society. Our Social Media Conference Officers will live-tweet aspects of the conference and engage with members on Twitter and more widely online. Our social media officers are:

Nora Baker (@NonieBaker) is a PhD candidate at the University of Oxford, supervised by Professor Catriona Seth. Her thesis looks at memoirs written by Huguenot refugees in exile in Europe following the Revocation of the Edict of Nantes in 1685. Using an approach influenced by advancements in trauma theory and the history of emotions, she aims to uncover how the writing of these refugee narratives constitued a therapeutic exercise for their authors. She also has research interests in the fields of migration studies, minority and regional languages, and women's and children's history more broadly.

David Ewing is a PhD candidate at the University of Cambridge and the Postgraduate Officer of the Society for French Studies. His doctoral research uses experimental novels to trace a conceptual history of everyday life in postwar France. Among the authors studied in this project are Michel Butor, Nathalie Sarraute, Georges Perec, and Marguerite Duras. David’s wider research interests include modern French literature; British cultural studies; critical history; historiography; and the relations between modernisms and modernities.

Solange Manche (@manchesolange) is a PhD candidate at the University of Cambridge. Her doctoral project is concerned with the return of the critique of political economy in contemporary French philosophy. Focusing on the thought of Catherine Malabou, Frédéric Lordon, and Bernard Stiegler, she works on the relation between the temporalities of financialisation and individuation. Other aspects of her research include the reception of Hegel and Marx in France, social movements, and new forms of labour. She is currently preparing a post-doc project on economic planning and the question of communism in contemporary French (but not exclusively) heterodox economics and philosophy.

Elly Walters (@ellywltrs) is a first-year PhD student at the University of Oxford and the Conference Assistant of the Society for French Studies. Her doctoral project considers experiences of distress and disability as depicted through the motif of water in twenty-first-century French and francophone women’s writing. Her other research interests include: queer theory and literatures; Paul B. Preciado; decolonial and anti-racist work; feminist francophone cinema; and the environmental humanities.

Xinyi Wang (@Xinyi_Estella) is a PhD candidate in French, at University of Cambridge. She is interested in space, body, memory and feminism in global literature and cinema, as well as exploring the interaction between film and other forms of visual art (painting, photography, video exhibitions and so on). Her current research conducts an interdisciplinary project about space, woman and mythology, focusing on the female Odysseus figure in French films of Alain Resnais, Agnès Varda and Krzysztof Kieślowski.

Louisa Esther Mugabo (@MLouisaE) is a PhD candidate in the French and Spanish Departments at University College Cork and a freelance journalist and communications specialist. She holds two Bachelor degrees from Leipzig University in Political Science and African Studies and a Joint Erasmus Mundus Master of Arts degree in International Journalism, where she specialised in Conflict and War Reporting at Swansea University. In her PhD, Mugabo attempts to conceptualise the phenomenon of exile journalism through interviews with East African and Latin American exiled journalists. Beyond this project, her research interests are decolonial media studies, conflict and peace reporting, and genocide denial with a focus on Africa's Great Lakes Region. She is a fellow of the German Episcopalian Academic Foundation, an advisory board member of the Erasmus Mundus Journalism Masters programme and a board member of Ibuka Germany.

Farida Guechoud (@FaridaOrwin) is PhD candidate and Graduate teaching Assistant at French Studies department in Louisiana State University. My work focuses on understanding the question of the Other in Camus’s literary writings and how the Algerian author Kamel Daoud opens a literary space for a dialogue between two narratives, the colonial and post-colonial. In my previous work to obtain Masters in Philosophy at University of Paris 8, I worked on Islamic philosophy, specially through the classification of sciences in medieval era.